Finally it’s the start day (yeah, pun very intended). After all the planning, all the preparations, after all the worries and all the dreaming, it is happening. And not a second too soon, by the way I was feeling after the last couple of weeks: completely exhausted and just wanting to GO, stop worrying, stop planning and get, finally, on the bike saddle and on the road to somewhere – anywhere. And here it is, the big-bang, the zero moment, the Start.

Feelings? Almost nothing special, to be honest. The bike was packed from the evening before, after I had just completed my  last working day for the next three months. I was unusually calm and relaxed, which was the mood that I was trying to work myself into for sometime, knowing that my patience and need for certainty will soon be heavily tested. And I was feeling good – happy to finally go, but nothing spectacular – just good. Which was great, actually. At the early stages of my planning I was expecting all this to be much more intense, more dramatic. Oh well, it seems I’m not fit for (this kind of) drama.

For the first leg of the journey Adina was riding with me, so we have both got comfortable on the bike, and we rode away. The route was supposed to be relaxed, out of the main traffic roads (as always, but more important now) because it was the 1-st of June, a national holiday in Romania – so an extended weekend was just starting, hence lots of traffic was to be expected. It turned out that I had planned well and we managed to go from Cluj – Napoca to close to Galati without any traffic issues. The route was great, passing next to Targu Mures and from there to Sovata and later on via Lepsa. Initially I was hesitating between staying overnight in either Lepsa (we’ve passed Lepsa way too soon for a stop) or Focsani, but we have ended-up staying as guests at Popas Hanu Conachi, close to Galati. Nothing special, just a side-of-road motel with a couple of restaurants next to it. Simple, not too expensive, close by – just what we needed. The next day was just perfect: we have started fairly early, crossed the Danube river via ferry at Galati and after that we’ve fully enjoyed the peaceful hills and almost empty roads of Dobrogea. Good weather, nice scenery, no rush – the perfect day. Somewhere along this route I had to tackle the first bike issue: one of the screws from the chain protection was gone and the protection was loose, so it could get damaged even further, or even get lost (well, eventually it had to be dismantled from the bike, but that comes later on). The initial quick-fix of using zip-ties proved inefficient (the screw mount had a metal piece in it and it quickly cut the plastic zip-ties due to road vibrations), so eventually I have stopped at a small tire service down the road where I have asked for – and got as a present – the correct screw. Problem solved, tires pressure checked and corrected, plus a suggestion for a side-road to take: the perfect way to solve problems :D.

The second technical problem was to be solved during lunch break: the Garmin Virb camera was throwing some error message (something about “not enough space”, although it had plenty) and the recording was being stopped. So I took a few minutes off to check the internet about what the error message really meant and it turned out that the SD card was actually too slow for the recording speed of the camera. Hmmm, what to do, when parked next to an Altex store? Yeap, shell out money for a shiny, brand new high-speed SD card. Luckily the fix was correct and the new card worked almost flawlessly throughout all the journey.

The second day destination and over-night stay was Vama Veche. Oh well, it might be cheeky, but what better place to start a journey that an old border village, turned sea-side resort? Plus I’ve got to meet some friends, party a little at the beach (Stuf, of course) and join a “hora” (Romanian traditional dance). What more can you wish for to fill you up with memories to last until you get back?

And it was there, in Vama Veche, that it hit me: I was really going. For the next three months, there will be no old friends near-by to ask for help or support, there will no common language, there will be no pre-arranged accommodation, etc., etc. No wonder I was a bit reluctant to go to sleep – but I had to, the next day was supposed to be really full. After a loooong breakfast together with Adina, early in the morning, while almost all other people were sleeping, I have re-arranged the bags on the bike in “solo-mode” and rolled away. As usual, already late, and it was a long day ahead, since my goal was to reach Turkey, and stay over-night somewhere close to Istanbul- roughly 550Km to travel, plus two borders. So it was like this, still having my mind full of thoughts and wonder, that I was already across the border, in Bulgaria. After some goofing around at the entry sign into Bulgaria, I started to ride ahead, a bit thoughtful – this was the actual starting place and time, this was the “before and after” moment. I was really alone now, out of my home-land, and I was really heading far, far away… And then, again, it hit me: I had a loooooong way ahead, true, but also a lot of time at my disposal. So why hurry on a fixed route? Why not take the chance to re-visit some lovely places (with even lovelier memories) as well as  some new ones? So I’ve turned away from the main road and stopped by at Shabla Lighthouse, Tyulenovo village, Cape Kaliakra and so on. As it turned out, although not always possible, it was a great idea that I will follow again and again in the next few months.

Overall Bulgaria was a blur, except some small roads where the GPS really wanted to prove it’s power status early on, so that we know each other how we stand: when it feels like it, it will make my life suddenly very interesting, by choosing some “not too friendly” routes (and that is putting in very mildly). I still suspect that my GPS is getting bored from time to time, throws some nasty (or crowded, or way too long) roads at me and then laughs Mutley style. Maybe it’s just me, but I can really picture this scene in my mind, vividly clear.

But don’t take it like Bulgaria is a boring and uninteresting country, because you’ll be a fool. Tucked between the Black Sea and the mainland, there are some sweet hills with plenty of forests and twisties. Nothing really impressive, but a lot of fun waiting around every bend. The roads are mostly acceptable to good, especially for an “adventure” type of bike. So, lots of fun to be had while crossing Bulgaria, if you stay away from the highways.

Long story short, I was out of Bulgaria (second border crossing of the day) freshly (and first time) into Turkey, with just a couple of hours of daylight and 250 Km to go. All in one day :D. 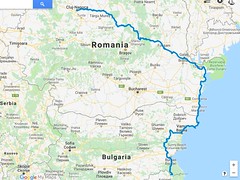 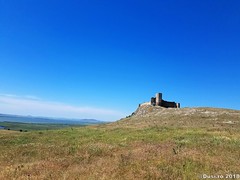 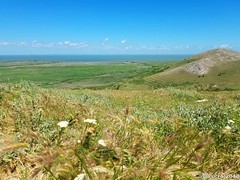 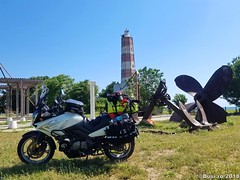 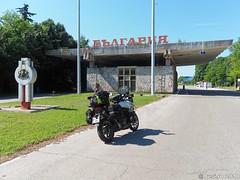 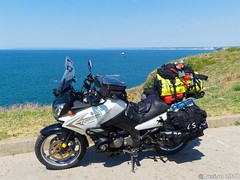 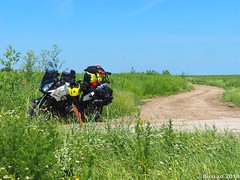 Enjoying the last days of warm autumn. And doing a

About this weekend :D. #mountains #hikingadventur

Lazy Sunday, slow start - yet still there was adve