Here I am at the border between north Turkey and Georgia. Even though it was a long ride I have taken advantage of the fast (and police free 🙂 ) roads of Turkey and arrived quite early and quite rested. After a very uneventful exit from Turkey and an even easier customs on the Georgian side, I had the first stumble of the day: in order to ride (or drive) in Georgia you need an insurance for your vehicle. Which makes sense, but there is no office at or close to the border where you can buy the respective insurance (on the way back I’ve found out that you can buy it online, soooo much easier) – so the entire task becomes a little ordeal, as many times there will be police between the border and Batumi (less than 20 Km away). As soon as you exit the customs there are a lot of locals there trying to either exchange money and / or “assist” you in solving the insurance problem – but mostly these are hustlers that you would do well to avoid. So I have politely declined their help and moved on, stopped at the first gas station and asked the locals there where I can find the insurance office. Oh well, Georgians did turned out to be quite welcoming and a couple of guys jumped in their car and told me to follow – they have guided me straight to the insurance office gate and moved on without any hint of asking for anything in return. Thanks mates, I do not know who you are but you were really helpful.

The rest of the route was easy as I had already a recommended hostel to spend the night, right in downtown, quite reasonably priced and cozy. Que in a quick shower and a fast meal on a side street and than I took advantage of a loooong stroll through the Batumi downtown – finally getting to act like a tourist :). Which turned out to be quite interesting, even though a bit kitschy – all the architectural lights everywhere around you are changing colors, bright and powerful ones as well. Besides that, you have a mix of old (and in pretty good shape) and modern architecture and a very lively crowd walking all over. And lots and lots of Asian massage saloons, on most every side street around the city center :D. And Russian language spoken almost everywhere – a thing that I will very soon become so accustomed to.

Even though I was already dead-tired I still had to take care of the “electronics” part. Lucky for me just across the street of the hostel there was a 24/7 market, so I’ve sorted out my breakfast for the next morning as well as some beers to keep me running. And than I’ve spread a whole table-top of electronics (tablet, external hard-drive, camera, action camera, cables, etc.) and transferred all media so far from the cards to a more permanent storage. This “scenario” was to be repeated much more than I would have liked during the next 3 months, but hey, that’s the source of most of what I’m blabbing about here, so it had to be done. I still wish I can find an easier way, though…

Morning came and, after escaping through the needle’s eye (almost literally, the entry/exit gang for the hostel was a bit wider than my bike – just a tiny bit – but of course the camera was stopped, so no recording have remained) I got to see a different face of the Batumi city. Once out of the downtown area, the buildings and the infrastructure overall do show the economic struggles that Georgia is still facing. Poorer neighborhoods, bad roads and infernal traffic. As a pedestrian you are really, really unlucky to live in such a city – just crossing the street, at a designated place!, it’s a real adventure. No one, literally no one was stopping. I tried to to stop and give way to some pedestrians but the traffic behind me was so intent that I had to just follow the locals and… look straight through the pedestrians and just push ahead.

After I narrowly escaped a “fender-bender” with a local truck that, in the middle of heavy traffic, decided to back away (as I was just behind, in the end I had to send a lot of love to the Suzuki engineers that have mounted a pretty loud horn on the V-Strom), I was finally again on the open road. Well, almost, as the GPS found the renewed energy to send me to some really dodgy, under-construction side-streets. But hey, the weather was great, it was early in the morning, plenty of time to get lost :D.

I had no clear plan, other that aim to the north-east border with Azerbaijan, at Lagodekhi. But I wasn’t so sure I could make the entire route in just one day, so it was basically an “I’ll plan as I go along” kind of plan. Tbilisi was conveniently almost two-thirds of the way, so in case it was already too late, I had the option to find a place there to spend the night.

So the entire day was spent just enjoying the road, the numerous twisties – mostly in the first part of the day – and than ploughing along the “fast road” as I got closer to Tbilisi. At one moment though, somewhere in nowhere land, on a stretch of long, straight and utterly empty road, just I was completely lost in my own thoughts, I have suddenly heard a very, very, very powerful honk just next to me. I’ve jumped from my reverie in a split second, looked ahead, looked in the mirrors – nothing… Only to realize that the “culprit” was a train crossing next to the road and the train mechanic wanted to just say “Hi” – and almost gave a heart-attack in the process. I’ve turned, waved back to him and kept going, no coffee needed for a long time afterwards :D.

The rest of the day was pretty uneventful and not really impressive, as the best parts of Georgia are in the north and north-west – but those parts will be waiting for some next tour, as this time I was only meant to do a quick crossing. I had to cross Tbilisi but only part of it, so I did not lost too much time. But the little part that I could see was more than enough to make me really want to come back and take some more time in the city (which I did as well, on the way back). Once I got close to the north-east side the scenery did turned out quite more impressive, just seeing the mountains rising on the horizon (and getting closer with every Km) was a great feeling.

Although Lagodekhi is just a small border town, it turned out to be quite lively, lots of hostel and guesthouses and pretty well stocked with local products. A short side note: I’ve checked on Booking in the morning so I knew a hostel that looked OK and the price was good. But I did not booked, since I wasn’t sure I would make it in one day and also I think it’s better to go directly, as the owners don’t have to pay the Booking fee as well. But the asking price was higher that what I knew it should be so I have haggled a bit. Only to be asked later to pay for the breakfast as well, which was supposed to be included in the price. In the end I’ve ended up paying a bit more that the price advertised on Booking, but hey, I was really pleased with the place so it was fine. But it’s good to know what you should expect and what to be careful for.

In the end I have enjoyed a great evening eating fresh (and really tasty) tomatoes, some cheese and, of course, some beers. It was great to have somebody to chat to as well, as my hostel neighbors were a couple from Slovakia and we’ve had lots of common topics to talk about over some beers and some wine. All the while I was keeping an eye on the weather forecast, that was showing really heavy rain (it was already raining actually) all through the night and the next day. So I went to sleep a bit tipsy and unpacking my rain suite – yes, the forecast was correct and the next day I had to start already dripping wet.

But I was to cross to Azerbaijan, the first of the Central Asian countries – and landscapes – that I was going to follow for some time. So yeah, a bit of rain was of course nothing to stop me :D. 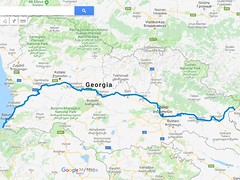 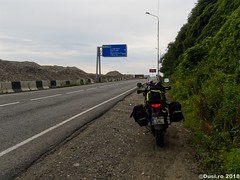 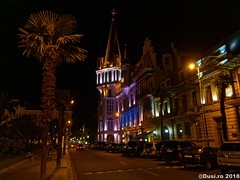 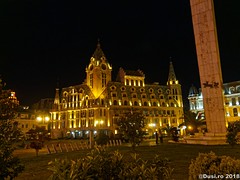 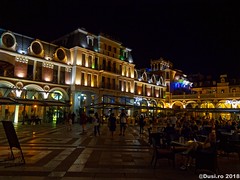 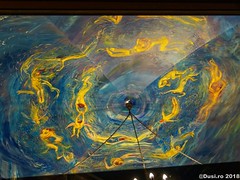 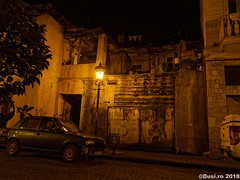 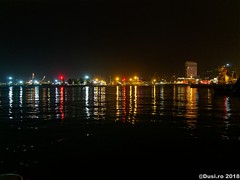 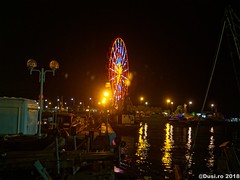 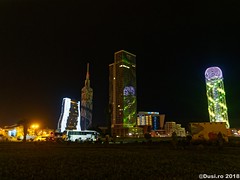 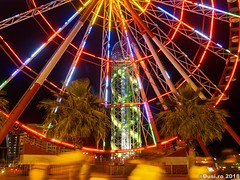 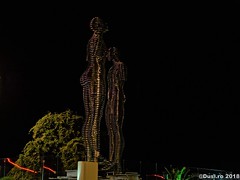 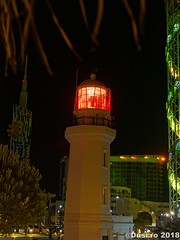 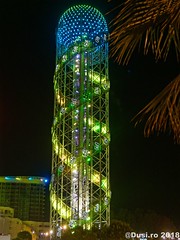 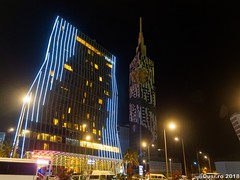 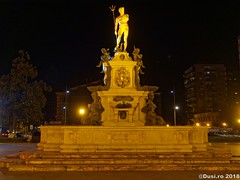 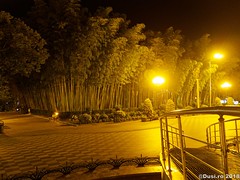 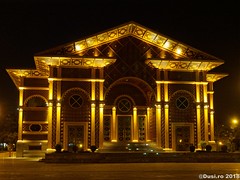 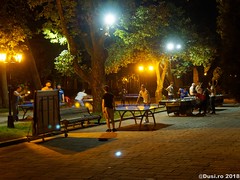 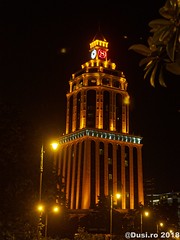 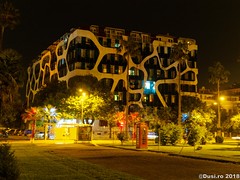 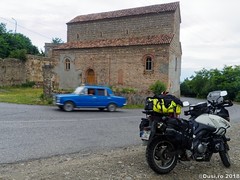 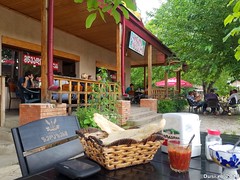 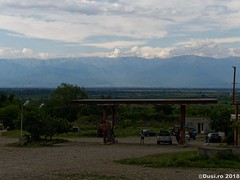 The good news: indians have started to use blinker