In the last episode I have left the story at the exit border in the Alat port, Azerbaijan, waiting to board the ferry to cross the Caspian Sea into Kazakhstan. The famous – and infamous – ferry that has lots of background stories. Luckily, this time at least, most of these stories turned out to not to be true.

It was a smooth as silk crossing, besides the heat in the rooms it was all just great. The sea was literally flat all the way, not a single waft of wind in sight and the accommodation was plain good. Meals were reasonably good, the ferry shipmates were more than friendly and we were free to roam the ship – which we did, plenty :D. So it was a really restful time that I have used to read, sunbathe on the top of the ship, roam around, document a bit the next leg of the journey (mainly where to stay and what to do while in Uzbekistan, thanks to the Lonely Planet guide – and unfortunately  (or maybe fortunately) this was the single time that I have really used this guide), get some rest and, mostly, enjoy the company of fellow travelers. I was so fortunate to be on the same ship with some much more experienced riders, of all ages and with plenty of experiences to share. So, overall, all the scary stories about the Caspian Sea ferries turned out to be just that – stories. The ship Professor Gul and it’s crew were good company all through the crossing. And the atmosphere within the group was just epic – as it was the name of the WhatsApp grup created afterwards, to keep in touch with each other – “Epic Crossing Baku/Aktau“.

All is well when it ends well, so says the old wise words. It turns that, after the smooth crossing, a whole other experience was waiting for us: the bureaucracy of the Kazakhstan border. While we have docked at around 8PM, the first of us have left the port only sometime after 1AM.
It took us and the border slow employees a bit longer than 5 hours to get through all the paper work. Overall it was not a bad experience, just that everything takes so damn long: unloading papers, pay unloading taxes, pay insurance, get your passport stamped and cleared, than get through luggage check (pretty detailed this time), yet more papers stamped and, finally, we were out of the border. The good part is that we got tipped on the ferry that there is a really nice (and cheap) hostel less than 15 Km from the port (Dostar Hostel), so, eventually, around 3 or 4AM, we have managed to get some sleep.

The next day though was one of the first decision points of the journey. All the the gang was planning to stay for one or more days on Aktau, to rest and/or take care of visa papers for the next parts of their journey. But I was already very tempted to push forward so that I could have a chance to get into Mongolia in time for Naadam, their national festivities. So, even though it was a hard choice, I was yet again on the road, all alone. A bit sad, as the guys were all great company – but this was the kind of decision that I had to take again and again further down the road. And somehow this is part of the fascination of travelling solo. Cheers mates, it was great meeting you all.

Anyway, as I was getting out of Aktau, the city without street names, the adventure was just waiting for me. All of a sudden I was in the real in Central Asia, with steppe all around me and more camels that I could count. I was so fascinated about the seemingly remoteness of the places I was riding through, about all the novelty around me, that soon enough all the regrets were flying with the wind. I had an easy day planned, less than 500Km and good pavement all the way (I mean really, really good paved roads). So I have enjoyed it to the fullest, laughing like crazy when I have crossed the lowest point of my travel: The Karagiye Depression in Magistau region, a valley more than 130 meters below the sea level :D.

Soon after, while stopped for rest and a cup of tea, I had my bike stolen from me (well, with my own accord, of course) by the small restaurant’s owner, who wanted to have a feel of how my bike rides. Only after he showed pictures with his BMW bike :D.

Shortly I have reached my day’s destination, the transit city of Beyneu. I knew that after this point the road conditions will turn out for the worse, but I was lucky to have a funny and friendly kazakh-russian-romanian evening. The hotel owner, who else than Alexei, invited me for some beers and stories that kept running well into the night. Of course we have ended the night in Russian songs :D. And that was after I had my credit card swallowed by a hungry ATM, to my utter despair… Yet I was lucky one more to have around some local kids that teached me to be patient, press some (apparently random) buttons et voila, my card was finally returned.

Some tinkering with the bike to re-inflate the tires at the correct pressure, some more beers, stories and recommendations for where to go on the next visit in Kazakhstan, from Alexei and his friends, and finally I got to have some few hours of sleep.

Funny side-note, the next morning I was up one hour earlier, just because of Kazakhstan peculiar time zones: it is split over two time zones and my phone had automatically switched to Astana time, which is one hour ahead of Beyneu. This helped me somehow, as it was really early in the morning and Alexei was still sleeping: during the evening he was really intent on riding with me as passenger in the morning, before I leave for the border. Sorry Alexei, let’s leave it for the next time :D.

What was to follow after I have left Beyneu it’s the horror story of the entire journey: as mentioned already, I knew it was a bad road between Beyneu and the border, but it was far worse than I have imagined. A bit more than 80Km of broken asphalt (more deep potholes than asphalt actually), dirt, dust, washboards, a lot of big trucks, overall the road of madness. When passing a car or a truck or when intersecting with incoming traffic, there were some seconds in which you could see literally nothing but dust. I was praying there was no big pothole just in front of me as there was no way to see it, let alone avoid it, in time. Somewhere on this section one of the auxiliary lights from the bike was yet again ripped from it’s mounting frame, this time for good – it was completely irreparable, so I had to say my goodbyes. Most probably it will remain for a long time embedded in the new road that was being built just next to the old one. So, good news for the next years riders – that road will remain in the history bin, never to be missed.

And as all bad parts in life never come along, at the border I was met with the first bribe attempt: one senior official took “offence” for the fact that I didn’t wait for the entrance barrier to come up and squeezed next to it, even though the gate guard checked my papers and told me to go ahead. For this “offence” he, of course, wanted me to pay a fine. I said no and he asked me to leave the compound and enter again, this time “the correct way” – only to have me waiting for 15-20 minutes in the sun. Oh well, eventually another (younger) official appeared, asked me to follow him, escorted me through all the paper work and in less than 45 minutes I was out of the border, including the delay. He was really pissed on the senior guy and I’m pretty sure that he gave him a hard time in the end. Lesson learned – always make sure to follow all the rules, even when invited to bend them – to save some time later. And it’s more than OK to refuse a bribe request, especially when you know you did nothing wrong.

So here I am, out of Kazakhstan (where I will return two more times during the next parts of my travel) and facing Uzbekistan, the land of wonderful architecture and plenty of history. And already travelling through the ancient Silk Road. 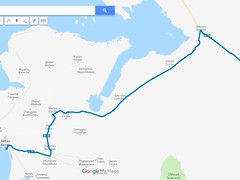 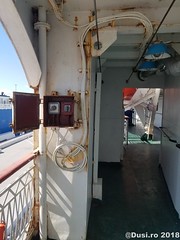 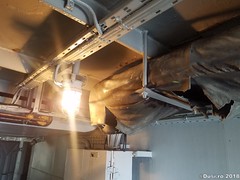 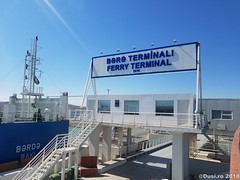 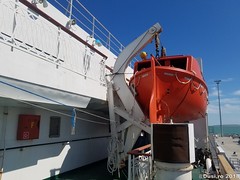 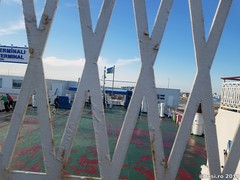 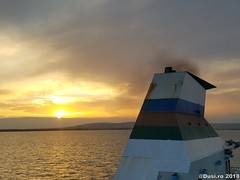 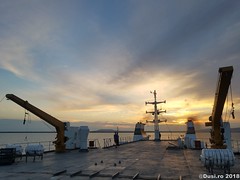 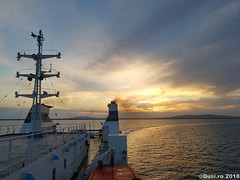 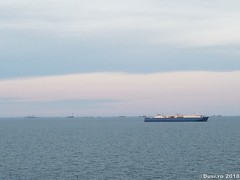 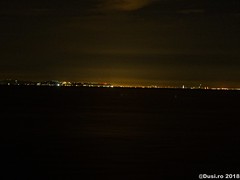 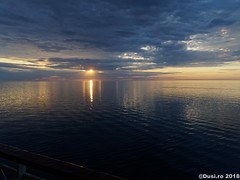 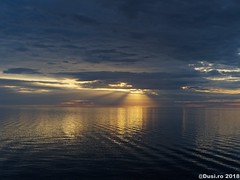 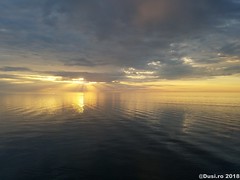 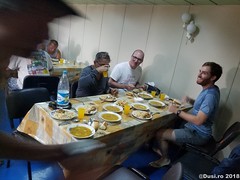 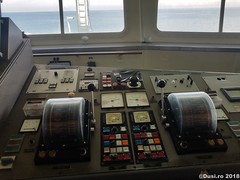 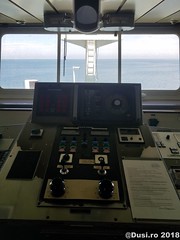 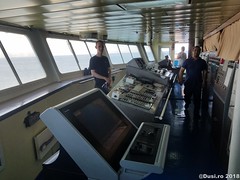 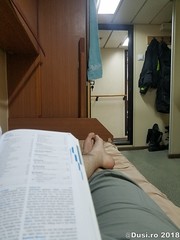 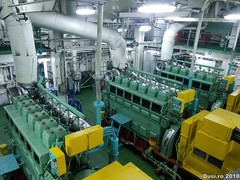 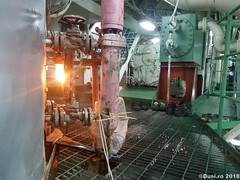 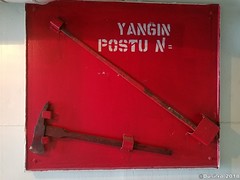 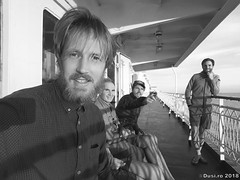 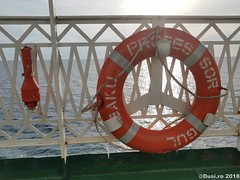 The best pictures are the ones we do not take - we

Words of wisdom from the ancestors: "Whenever you

Welcome to the Nature's cathedral.

Lucky it didn't rain. That much. Not everywhere, a

On the road. Happy and merry holidays :). #onther

A shared story, a shared cup of tea or stale piece of bread from last month, a smile or a simple welcome, a shared dream – this is my adventure.